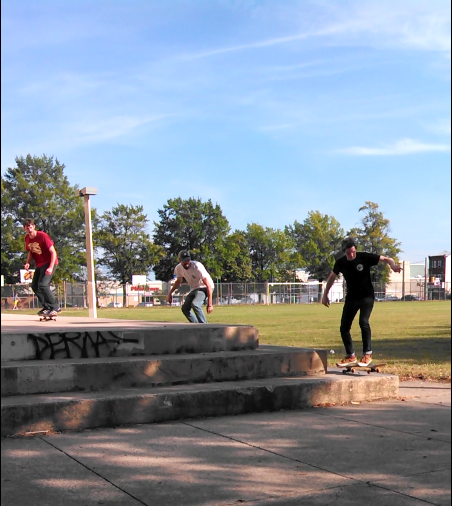 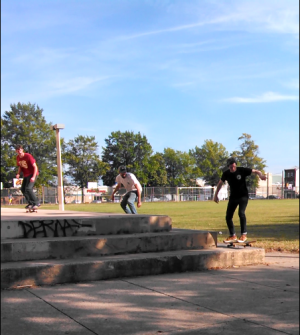 Back in late September 2014, the rated gnaR crew (Casey Schultz, Ryan Cambage, and myself) did some hanging out, skating, and filming in Philadelphia, PA. Casey was competing in the U.S. Freestyle Skateboarding Championship held at Paine’s Skatepark so we ventured down to meet Ryan and have a good time. Casey won 1st place in the amateur division back in 2011, and after a really solid first run, took the gold that year (2014) as well. 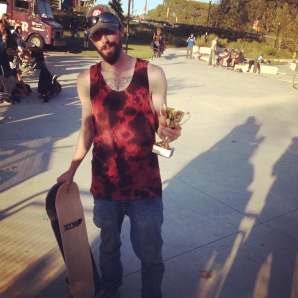 I finally got around to uploading a short recap of the competition featuring Casey’s runs as well as runs and clips from other amateurs and professionals. Some competitors even came from outside the U.S. like Canada, Sweden, and Germany. There were some insane lines and tricks thrown down, and the video doesn’t even cover half of it, but it’s a cool watch.

After the comp we hit the streets of Philly and visited FDR park (which is so insanely gnarly you have to witness it in person to realize how hard it is to skate), a DIY skate spot under a bridge somewhere, and an abandoned school (now torn down I believe). With the help of Rebecca Getman (Casey’s girlfriend  who came along for the trip) we filmed some clips using our phones and I (finally) put together a video of that skate experience as well.

Chris Ollie Big 3 at the school (Photo by Ryan Cambage)