Been over a year now, there’s just too much to blog about with all of the wonderful music  things happening. No time to update/ post about any of it! Maybe i’ll get to something soon, but the Super Dark events on Mondays and Thursdays at Desperate Annie’s in Saratoga have been going great, as well as the monthly First Friday shows at Pint Sized in Albany. Both of my solo albums are on streaming sites for the heck of it. My bands Mr Cancelled and Blood Blood Blood both put out debut cassettes last year via Super Dark Records, and are also streaming, and Mr Cancelled is currently recording the next EP to hopefully split with Comrade Nixon. Also I joined Steve Hammond and His Rabid Children and we’ve been playing a bunch of shows around including a recent trip to Montreal in Canada. Super Dark and Queen of the Scene were supposed to co-host a bunch of South By SouthWest (SXSW) showcases in Austin, TX but the festival got cancelled due to the current Corona Virus freakout (to which I may be under quarantine right now for very silly reasons related to pharmacy work). Not much video happenings anymore but hopefully i’ll update that eventually as well. Catch ya later??? 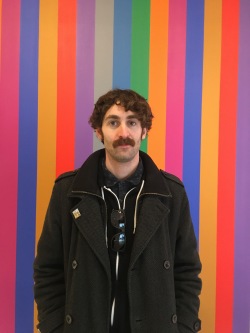 Thanks Ice Queen, @steevehammond & @lorchestralrecordingco for the sweet limited edition lathe cut 5”, Ice Queen I & II cassettes, & Ice Queem button!
Machine Revival, Pony in the Pancake & other things from Pie Fest 7/24/21
Wet Specimens at Rare Form 7/23/21
NEXT UP!
Too good not to post on my own wall as well! @superdarkcollective is coming back to Troy at none other than @rareformbrewco ! We’re psyched to be working with the awesome people at Rare Form and thankful to our dude @steevehammond for getting us and the community going to reach this point. Still earlier shows, but gunna be really fun and exciting!
Dblgoer at DA’s 7/19/21
Male Patterns at DA’s 7/19/21
an overdue/ poorly documented visit to Mass MoCA
Architrave at Desperate Annies 7/12/21